Warning: The Following Is Not Appropriate For Younger Readers 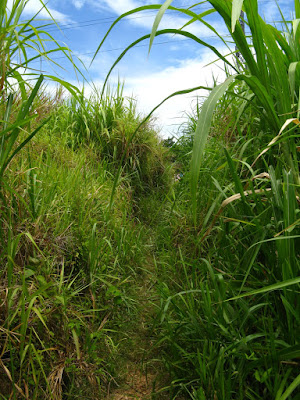 up above my home in the bullrushes

Rick said…
You are in my prayers through all of this. The people there have hardend hearts to all of the evil around them. That is what has helped them to survive in such hard times. You have a heart for their lives and eternal future, that is why this can be so difficult for you. Look to God and He will show you how to turn this devastation, in the community, into a way that can bring glory to His name. Continue to show the people of Los Laureles the presence of Jesus. When we feel weak we need to get our strength from our Lord Jesus Christ.
Your faithful prayer partner,
Rick
March 1, 2011 at 12:19 PM

Galen and Phyllis Groff said…
When we visited in Honduras, Harlan handed us some books to read of a missionary family serving in Waslala, Nicaragua. They experienced much violence and didn't leave and in the second book we're reading of the fruit they have born showing the community the unconditional love of Christ. We'll pray that your witness would grow stronger and brighter in the dark world around you. It begins in a relationship with Jesus and holding on to the peace He gives. Praying for you and your community.
March 2, 2011 at 7:38 AM

Unknown said…
Sweet Matt - we too had a violent killing in Armenia Bonito. It was a revenge killing, and similar things happened. We grieved for the young boy killed, and for the mother. So many in the community have come to expect violence as a normal part of their lives. We have lived fairly isolated from this degree of violence, but they haven't. We grieve and will continue to grieve this poor young man's death, and the life deprived him. We pray for peace and the love that only Christ can bring.
March 2, 2011 at 8:05 AM

Nancy Marshall said…
Dear Bro,
Well, it's happened here, too. The brother-in-law to my teacher assistant, Angelica, was killed by some men he had been drinking with. In fact he drank with them on a daily basis. They used a machete. It was terrible. The hard thing for me is that like Sida, we saw it coming...it was a downward spiral that was out of control. Like Sida's mother, we all felt like how do you stop this thing? How do you prevent him from killing himself or being killed? I think some of the pain you feel is this lack of control? How could I have even helped? when? Would it have made a difference? What about the next boy, youth, man, girl? How can I stop it?

I can't admit that there is nothing I can do. That's why I am here. I have this hope that there is something that Jesus can do through me....through YOU.

I pray that God continues to show you how he can use you to step in the middle of these downward spirals and create a change in direction. I pray for the Spirit's power in your witness. Love, as simplistic as that sounds, tends to be the answer that I see God leading me toward...rather than "tough love" or "discipline" or "bribes"...but simply caring...and a lot of it.

Praying that there is no revenge for the death. Sometimes here family members and friends have to show loyalty by taking justice into their own hands... so am praying that is not the case with Sida.

Shanda said…
My prayers are always with the people and missionaries of Honduras. I have spent all my life (growing up an mk in Africa and later marrying a Chiquita executive) living overseas and sometimes the 'cheapness' of life is overwelming. And so accepted as many have never felt truely valued. Honduras was my favorite of all the places I have lived and I always say I left part of my heart with the people there.

Popular posts from this blog

October 25, 2018
I've lived and worked in Honduras for 10 years both as a missionary, serving the very poorest of society and now as teacher, where I give philosophy and history classes to the children of the very wealthiest. I don't pretend to be an expert on Honduran society and I certainly cannot claim to have many answers with respect to issues of immigration. The whole topic strikes me as far more complex and nuanced than what many voices on either the Right or the Left make it out to be. Nevertheless, I know the milieu in which I live, I know why many poor Hondurans choose to emigrate illegally, I know why many wealthy Hondurans fly to Miami or Atlanta to give birth to their children and I know that all else remaining constant, this current caravan is only the beginning.

A poor Honduran lives his life with little to no hope of ever achieving anything approaching financial stability. The people I know make their livings off of garbage collecting, selling unripened bananas and day-laboring…
Post a Comment
Read more

May 09, 2018
The other day in philosophy class I was teaching about existentialism, a philosophy with which I have myriad problems. The universe is absurd, life is meaningless, authenticate yourself with irrational leaps of faith! Hopeless and disconnected from reality if you ask me. Get out of the café Camus, mix with some common folk! Nevertheless, as I was introducing the material I mentioned that the existentialists really probed the questions of Life's meaning and purpose:

"How do I create myself to be unique and significant?" "How do I live an authentic existence?" "How do I give my life meaning and purpose in an otherwise meaningless universe?"
These seem to be questions that are attendant to societies that possess extreme wealth and privilege and an over-abundance of leisure time. I have serious doubts that 15th Century English peasants or even nobles for that matter, spent much time contemplating how they might make their lives unique or leave a significa…
Post a Comment
Read more

February 17, 2015
William,
I've thought about what to write all day now and while part of me would like to continue exploring the theme and meaning of Justice from philosophy class, or rail against the seemingly monolithic, lock-step acceptance and use of P.C. language and how it's destroying our culture and ability to communicate with each other, or stake out my claim against the tyranny of gay-marriage; I'm left thinking that in that I haven't truly written anything since September of last year it might be nice to begin this new season of writing and opining with a fresh and sunny story from Los Laureles.
Thus I bring you Carlos Jose Ucles Ferrufino, affectionately known in Laureles (and other parts) as Chucu. I shan't write a long bio on him as I did with Chihua; at least not today. I do though want to share with you a scene from his birthday back in November. Normally when a birthday in Laureles rolls around I arrive with a cake, we sing a song, say a prayer, eat, drink coke and…
1 comment
Read more

Mateo
La Ceiba, Honduras
I am a follower of Jesus, from Pennsylvania but living and teaching in Honduras.